A friend PM’d me this from “What Oprah Winfrey Had To Say About Men.” I was nodding almost all throughout. I guess she’s not one of the world’s most influential people for nothing, eh? 🙂 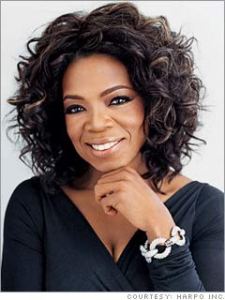 Stop making excuses for a man and his behavior. Allow your intuition (or spirit) to save you from heartache.

Stop trying to change yourself for a relationship that’s not meant to be. Slower is better.

Never live your life for a man before you find what makes you truly happy. If a relationship ends because the man was not treating you as you deserve then heck no, you can’t “be friends”. A friend wouldn’t mistreat a friend. Don’t settle.

If you feel like he is stringing you along, then he probably is. Don’t stay because you think “it will get better.” You’ll be mad at yourself a year later for staying when things are no better. The only person you can control in a relationship is you.

Avoid men who’ve got a bunch of children by a bunch of different women.He didn’t marry them when he got them pregnant, why would he treat you any differently?

Always have your own set of friends separate from his.Maintain boundaries in
how a guy treats you. If something bothers you, speak up. Never let a man know everything. He will use it against you later.You cannot change a man’s behavior. Change comes from within.

Don’t EVER make him feel he is more important than you are…Even if he has more education or in a better job.Do not make him into a quasi-god. He is a man,
nothing more nothing less.

Never let a man define who you are.

Never borrow someone else’s man. If he cheated with you, he’ll cheat
on you.

A man will only treat you the way you ALLOW him to treat you. All men are NOT
dogs.You should not be the one doing all the bending. Compromise is two-way street.

You need time to heal between relationships.. .There is nothing cute about baggage…Deal with your issues before pursuing a new relationship.

You should never look for someone to COMPLETE you…A relationship consists of two WHOLE individuals…Look for someone complimentary.. .not supplementary.

Dating is fun…even if he doesn’t turn out to be Mr. Right.

Make him miss you sometimes…whe n a man always know where you are, and you’re always readily available to him – he takes it for granted.

Never move into his mother’s house. Never co-sign for a man. Don’t fully commit to a man who doesn’t give you everything that you need. Keep him in your radar but get to know others.

Scared of being alone is what makes a lot of women stay in relationships that are abusive or hurtful: Dr. Phil says: You should know that. You’re the best thing that could ever happen to anyone and if a man mistreats you, he’ll miss out on a good thing.

If he was attracted to you in the 1st place, just know that he’s not the only one.They’re all watching you, so you have a lot of choices.Make the right  one.

Ladies take care of your own hearts…. Share this with other women and men (just so they know). You’ll make someone smile, another rethink her choices, and another woman prepare.

All of Life's Bonuses

There's always something to be thankful for

Be Queer and Be Quirky by The Quirky Flong

Encouraging others with stories of experience and lessons learned.